There was a time in the U.S., when mentally ill people were denied many of their civil rights and civil liberties, and simply locked away in institutions. Representative Tim Murphy (R-Pa.), chairman of the Oversight and Investigations subcommittee within the Energy and Commerce Committee, released legislation for changes in the mental health system on both the federal and state level. He believes the current state of the country’s approach to mental health is not much better, with more than 11 million Americans suffering from severe schizophrenia, bipolar disorder, and major depression. Yet millions are going without treatment and families struggle to find care for loved ones. The Helping Families In Mental Health Crisis Act is supposed to fix the nation’s broken mental health system by focusing programs and resources on psychiatric care for patients & families most in need of services.

Help Is On The Way 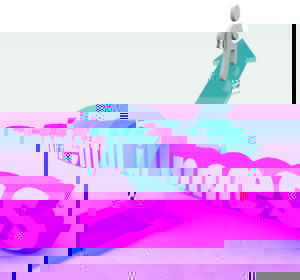 The Helping Families In Mental Health Crisis is set to increase inpatient and outpatient treatment options; clarify standards used to commit an individual to medical care; update the existing legal framework to help families and physicians communicate during a crisis; and move toward data-driven, evidence-based models of care so treatment is accessed not through the criminal justice system but the healthcare system.

“Those who need help the most are getting it the least because the nation’s mental health system is broken,” said Dr. Murphy, a clinical psychologist with over three decades’ experience. “Too many individuals with mental illness are ending up on the street or in jail because of mental illness. We must no longer be silent on the need to help the mentally ill because millions of families are struggling with a son, daughter, or loved one who is sick and needs help.”

Congressman Bill Cassidy M.D. echoes the same sentiments stating that, “The tragedy of Sandy Hook is the most obvious consequence of failing to address mental illness. More common are the individual families whose lives are broken by mental illness. This critical legislation begins to address our broken mental health system and will help those suffering from mental illnesses get the care they need”.

Not only is this bill addressing the gaps in care for adults and children with serious mental illnesses (SMI) like schizophrenia, bipolar disorder, and major depression, the Helping Families In Mental Health Crisis Act also addresses concerns that the Health Information Privacy and Accountability Act (HIPAA) and Family Education Rights and Privacy Act (FERPA) frustrate the efforts of physicians to share critical information about a young adult’s mental state with parents. It empowers parents and caregivers by breaking down the barriers that prevent mental health professionals from talking to parents of a loved one who is suffering from an acute mental health crisis.

Also supporting this bill is Rep. Leonard Lance, a member of the Health Subcommittee. Lance believes the “bill takes a clinical approach to supporting families and individuals undergoing sudden or long-term mental health crises. Quality mental health care is of great importance to countless Americans and it is indeed one of the most significant healthcare challenges we face as a Nation”.
Recent data suggests less than one-third of Americans with diagnosable mental illness actually get treatment. Similarly, experts estimate that more than half of those who suffer from severe mental disorders do not receive treatment in a given year. Veterans, young people and countless others are being failed by the current system, so much so that 70 percent of young people in juvenile justice systems have at least one mental health condition and at least 20 percent live with a severe mental illness. Suicide is the tenth leading cause of death in the U.S. (more common than homicide) and the third leading cause of death for ages 15 to 24 years. More than 90 percent of those who die by suicide had one or more mental disorders.

Those in support of the legislation see it as offering viable and cost-effective alternatives to the institutionalization model. The Helping Families In Mental Health Crisis Act provides an option to existing inpatient care through court-ordered Assisted Outpatient Treatment (AOT), reducing rates of imprisonment, homelessness, substance abuse, and costly ER visits for the chronically mentally ill.

The way Congressman Murphy sees it, the federal government’s approach to mental health has been a chaotic patchwork of outdated programs and ineffective policies across numerous agencies. Unfortunately, patients end up in the criminal justice system or on the streets because services are not available. This Act is set to change that.

The Case Of Philip Seymour Hoffman’s Dealer: Should A Dealer Be Tried For...